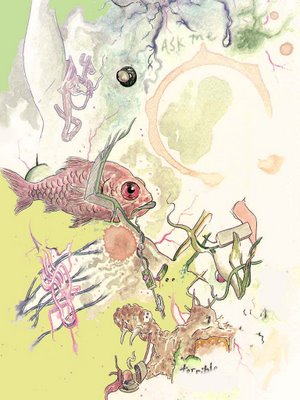 
This piece centers around confusion and indecision.

I once thought it was ok to be indecisive. I now know why that can be a terrible thing. Still I just can't make up my fickle mind sometimes. It has become a problem. 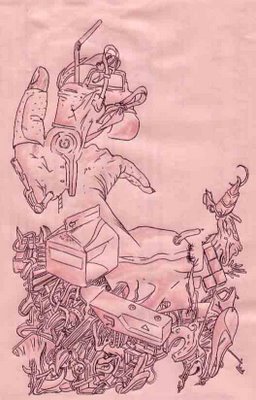 It can be delicious even the second or third time. Get around that bend and under the slide. Open the box and see what you'll find.

Search your heart to know what's true. Look at your fingers, now they're blue. Or is that pink? What do you think? 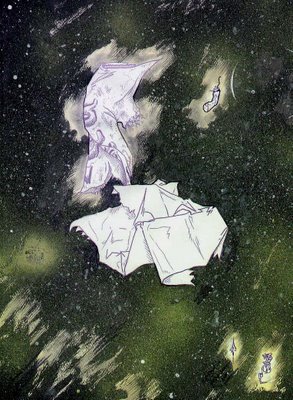 Just a bunch of shit floating in outer space.

Can you see Uranus? 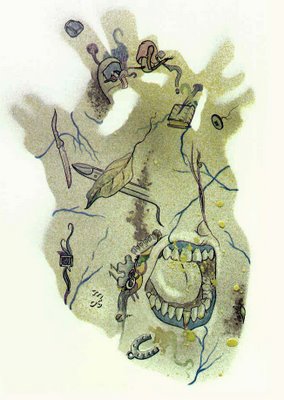 
The third and final version of Burning.

Something to do with a dangerously precious heart. 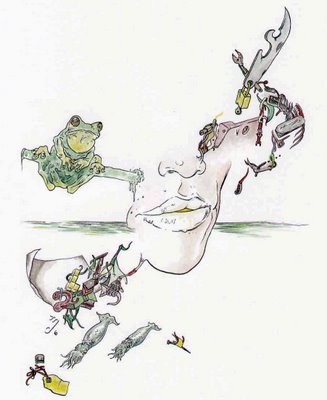 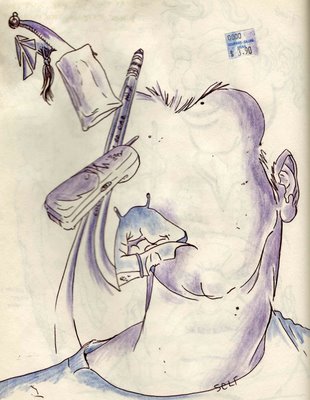 Not here. Not there. Not anywhere. 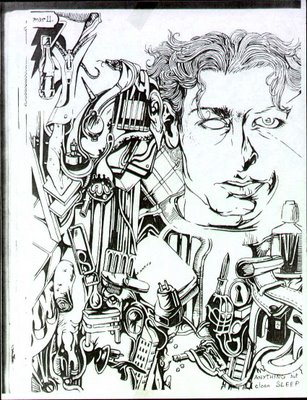 "Anything But Clean Sleep"

I'm the kind of person who showers in the morning after I wake up. Always found it odd when people shower the night before. Sleep can get filty.

Another piece out of my illustrated journal from '97. 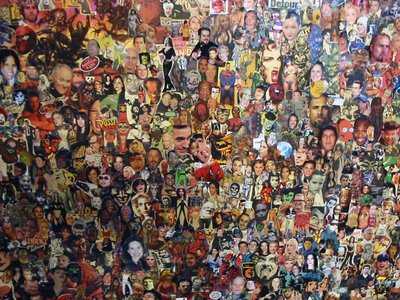 This here is the top section, or the freezer area, of my refrigerator. Yes, it is the same refrigerator I put my cheese and soda in.

Ever since I moved into my current apartment I've been pasting cut-out pieces of superhero heads, actors faces, photos of friends, etc. Just a fun past time and a way to sharpen my collage skills.

The larger bottom portion will be posted some time in the future. Be very afraid. 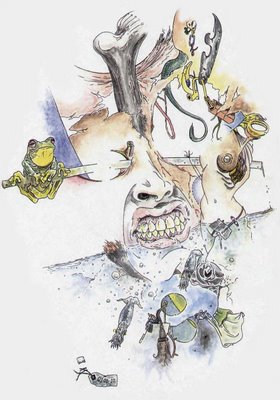 In January of 2001 I set out to make at least one piece of art a day. Thinking back I remember it being a cold, miserable Monday. There I was carrying art supplies to my job through the snow. I declared that if I could do this for the rest of my life I'd be happy.

This piece is the one that started it all.

Mondays are my favorite day of the week. 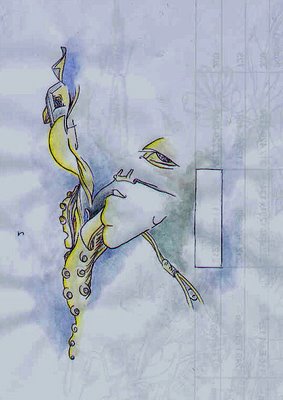 I think it's an actual medical term. 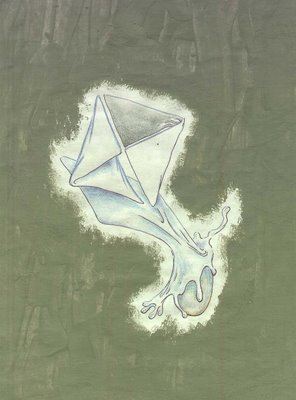 Is it so bad that you're not sure why it is that nothing works? Do you know why it never fits?

Are you so far away from where you thought you'd be? Is tomorrow a new chance to change or just the same disappointing day? 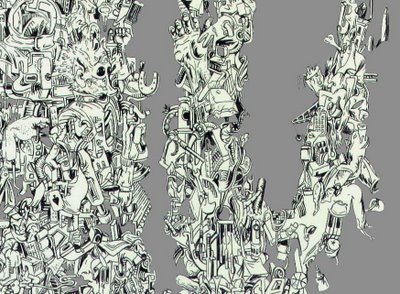 Just passing time back in '98. I always had a thing for hiding images in the artwork i made.

There's a shot of Greedo from Star Wars on the top left of this piece. At the time i was a big fan of that holy trilogy. Then they made Episode 1 and i disliked it. As they continued to make the next two episodes I couldn't help but begin to hate anything StarWars related. These things happen. 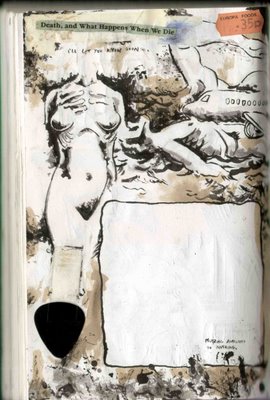 Yet another favorite taken from my 97/98 illustrated journal. It deals with the fear of flying.

Water landing. Hell of a swim. 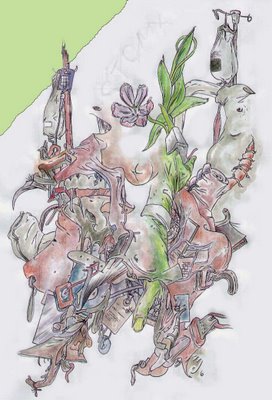 Hard To Look At 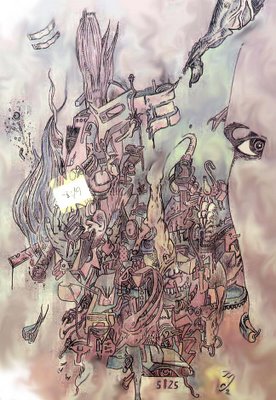 This piece was recently reworked while experimenting with photoshop. I wanted to capture a dream-like feel that the original colored pencil/watercolor lacked. Still not sure if it's an improvement.

Wouldn't it be great to know what other people see. I've always wondered how differently we all perceive things. I just wish I could see more. 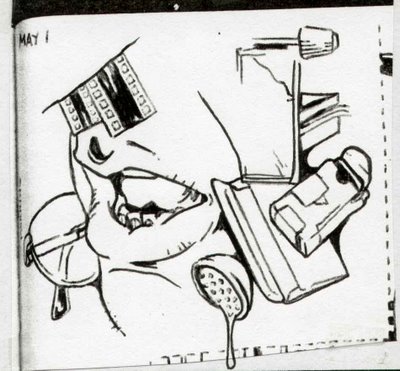 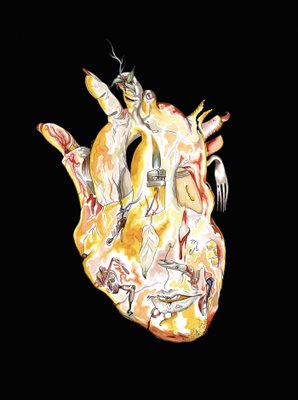 There are a total of three renditions of Burning. This dreaded firey heart is identical to the first version highlighted in black.