Asexual usually receives a interesting responce from people at shows or anytime I show it. Most people say, "I love it- What is it?"

Well, to me, it's the human life cycle. The backwards esse keeps us moving . We start life off green, how original, and work our way through bluesque teen years. Red aggressive 20's and 30's. Yellowish calming later years. Then we work back to the green of our death.

This piece actually is about the clear image just under the esse. It symbolizes a life that's never been. An abortion, ghost, or imaginary offspring. Something that could or should have been.

What should have been? Or is this all just a backwards question mark? 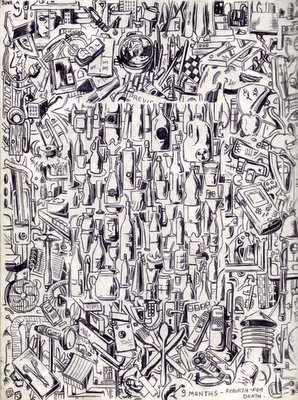 This piece happens to be the last page of my sketch book from '97. I was finally coming home after spending 11 months in Italy. I was so sure i'd never make it back. Kept thinking that the airplane would crash just before i set foot back in the states. Shitty feeling. Stupidly enough i thought i'd never be able to fit back into that New York state of mind. I had lived so slow and peaceful out there. Still today i'm not sure if i prefer the quiet calm or the busy hustle . Maybe i'm somewhere in the middle.

Picture in a picture with tons of empty bottles. 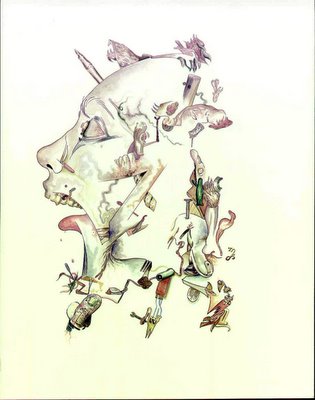 Toxic Shock Syndrome is a rare blood poisoning illness. Saw a story on it a while ago and couldn't get it out of my mind.

From a UK population of around 60 million there are about 40 cases reported each year, half of which are associated with women using tampons.

Kind with something to hide 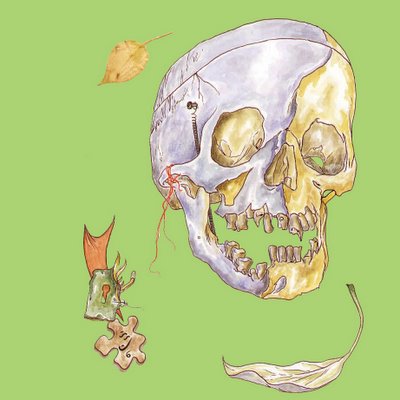 "Kind With Something To Hide"

It's kind of like being out of character. You're not yourself.

You're some one else. 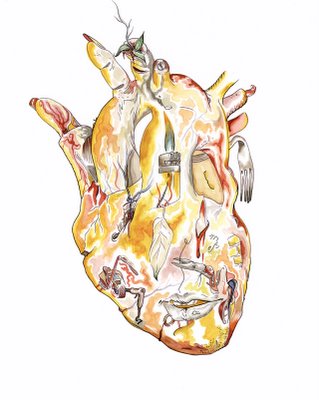 This one has something to do with my obsession with the human heart.
The way I see it a fork symbolizes life, a spoon symbolizes comfort and a knife symbolizes death. 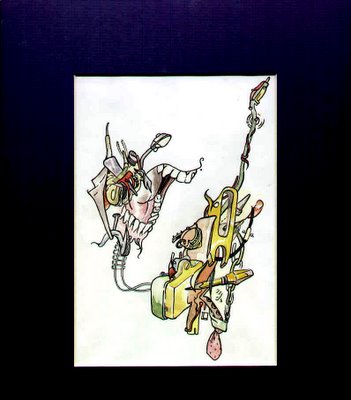