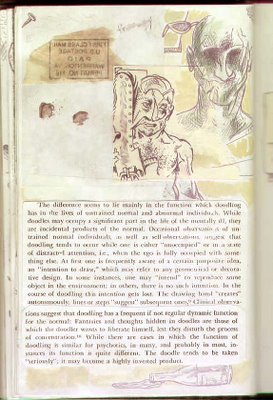 "The difference seems to lie mainly in the function which doodling has in the lives of the untrained normal and abnormal individuals.While doodles may occupy a significant part in the life of the mentally ill, they are incidental products of the normal. Occasional observations of untrained normal individuals, as well as self-observations, suggest that doodling tends to occur while one is either "unoccuoied" or in a state of distracted attention, i.e., when the ego is fully occupied with something else. At first one is frequently aware of a certain purposive idea, an "intention to draw", which may refer to any geometrical or decorative design. In some instances, one may "intend" to reproduce some object in the environment; in others, there is no such intention. In the course of doodling this intention gets lost. The drawing hand "creates" autonomously; lines or steps "suggest" subsequent ones. Clinical Observations suggest that doodling has a frequent if not regular dynamic function for the normal: Fantasies and thoughts hidden in doodles are those of which the doodler wants to liberate himself, lest they disturb the process of concentration. While there are cases in which the function of doodling is similar for psychotics, in mant, and probably in most, instances its function is quite different. The doodle tends to be taken "seriously"; it may becomes a highly invested product.
-Unknown sourse 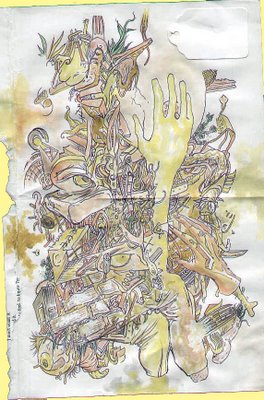 One Giant Step Back 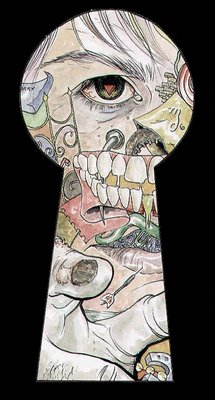 "One Giant Step Back"

"Life became less easy for me: When the body is sad the heart languishes. It seemed to me that I was half unlearned what I had never learned and yet knew so well- how to live. I think it was probably then that everything began." 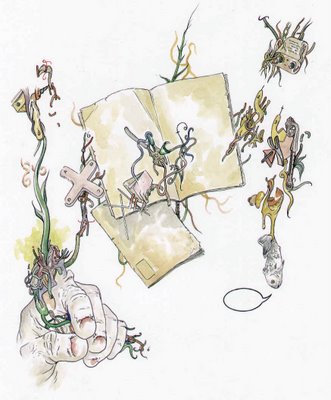 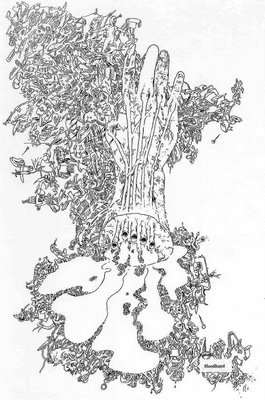 The ultimate in self destruction.

I have a huge fear of getting my right hand cut off. 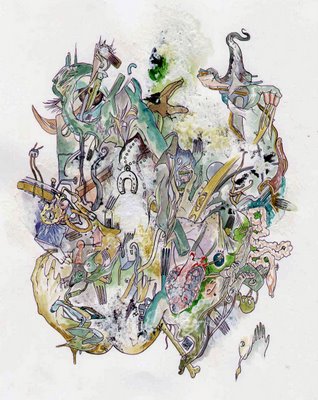 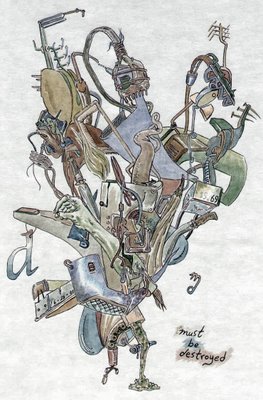 Almost fighting to not be drab, boring, and forgotten.

Nothing left. Must be destroyed. 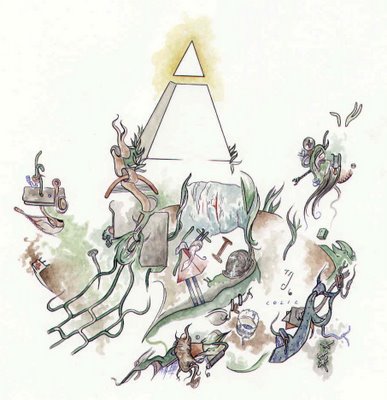 A good cry from the all seeing eye. 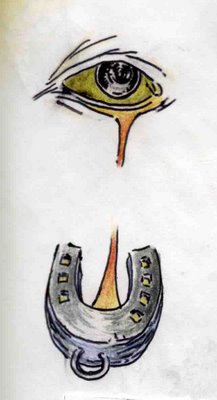 I like horseshoes. I use them in so many of my pieces.