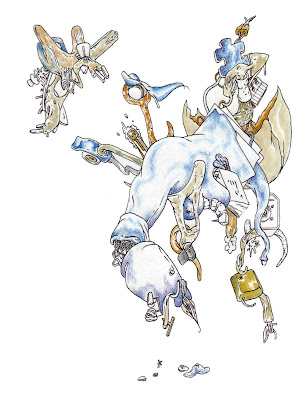 "With Great Shame"
June 2007
If you only knew what we've been through. I've stayed patient for my patients. You've moved on and i'm gone.
If you only knew how much i adore you. To know would be fatal. Can't take the knife out of my head. Won't get up, can't. Reach for you hand watch it turn to sand. The ant climbs the curtain in search of some person. Someone to erase the past. This too shall pass. It did not last. Fired from a volunteer job. His heart was robbed. His forearms shattered, bruised and battered. Took too many punches. Dumbfoundedly submitted with cruel indifference.
# posted by Marco DiLeonardo @ 1:57 AM 0 comments 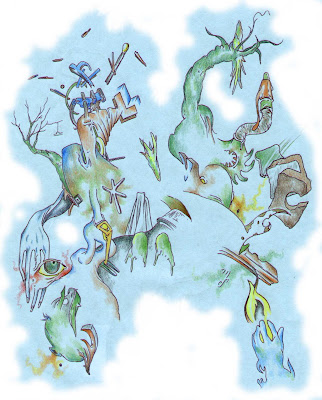 "You Should Know"
June 2007
You know i'll finish last. For this you dance around my corpse. If i'm in your way i'm out that door. Dead and carried out by the shame that brought me here.
You should know.
I'll have what you can give. Still never take advantage of another. I've already apologized about what coming to me. Unfortunately it never came.
You should know, nothing at all.
# posted by Marco DiLeonardo @ 1:43 AM 0 comments 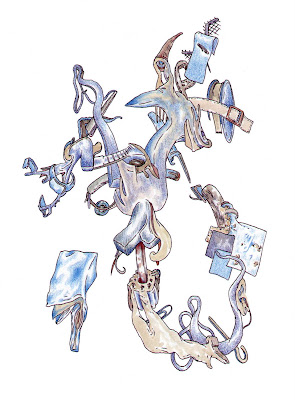 "Delusionile"
June 2007
This can't be happening. Every past dream and hope has passed. Gone with no chance of any reckoning. Settled dust blankets this already filthy carpet. There's no place left to go.
# posted by Marco DiLeonardo @ 3:17 PM 0 comments

I'm never sure of what to do anymore. Don't know where to go, what to say. Doesn't matter anyway.

I'll wait for you to blame me for waiting. Yet deliverance is upon us. Take as much as you can.

The snake in the grass got caught in the mousetrap.

Hide inside your invisible indifference. It'll get you everything you've wanted. 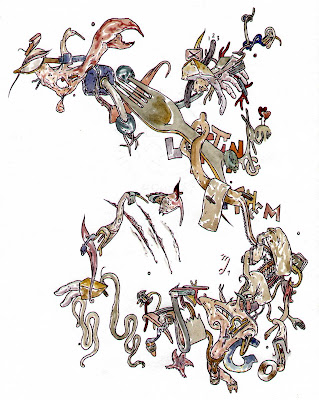 "Letting Them Go"
June 2007
What's the point of holding on to all this? All of them, stuck, just like me.
Why claw for well deserved punishment? It's here and so are you.
Fall away like some worm on a feather.
I should know better.
Let 'em go so they'll come back.
# posted by Marco DiLeonardo @ 3:48 PM 0 comments 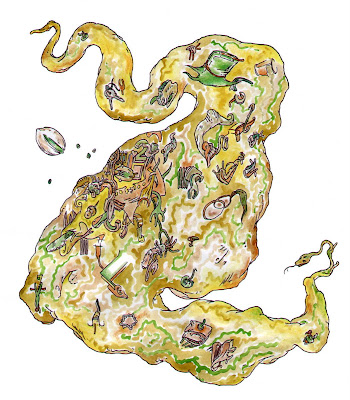 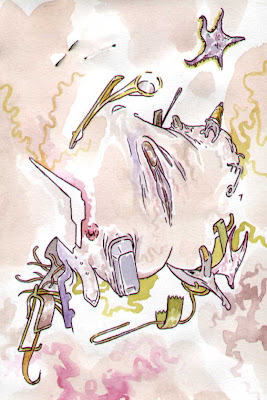 "Out of Mind"
May 2007
Push and watch the doors close.
Sit back and die from the heat.
I have bad news.
Seems like you're no longer invited.
Save it for someone who dares.
They'll come to you while you're asleep.
Well, isn't that the problem?
# posted by Marco DiLeonardo @ 5:23 PM 0 comments