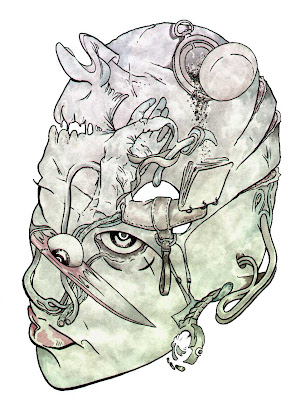 Ready, right on time, waiting in the car. The rumbling rattles through my empty, dry mouth. Scratching down deep to my whining stomach. Open and now ajar we start to absorb one another. I fight to avoid this cancer while you repeat the words that just came from my dry lips. Gathering disease and allergies , we push them back and forth. It's all self absorbed in our skin and through our arms and through our feet. Vein over vain. Breathing in and sweating out. Another collection that must be sold. We chew at the proper pace. Share the same shit. Then race to finish first. So unlike anyone I've eaten before. From the pit of my rotting paunch, I thank you. For that distance we've made. Those familiar steps we take while walking rounds with others. Unlike a bird, you're more of a virgined player who forgot the rules. Moves that are foreign like it never felt this way before. And you leave me. You leave me hating myself for wanting more. Half for me and six for you, you, and you. I'm sorry to say this...You let yourself get in your way. 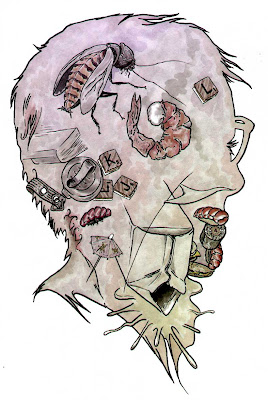 "Scaduto"
August 2008
These things happen. We spoke about the fall. You didn't care at all. Both running until it ran out. Only i'm built with an off switch.
If you say it one more time I just might kill myself. A finger i'll slip. With blood on the tip. Like a question mark in the dark.
They want you trampled and confused. The way they are. To be left without a heart. But don't worry. You can have mine.
So we've been erased. A practice in experation. You want so much from me. I'll give you something to cry about.
# posted by Marco DiLeonardo @ 7:26 PM 0 comments 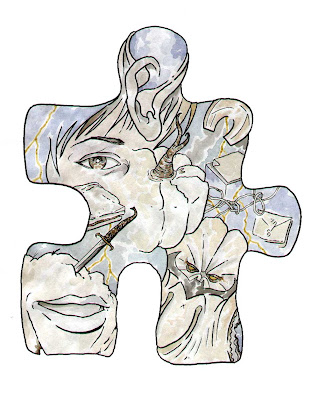 "Behind The Armor"
July 2008
Allayed, but clothes still burn.
The smell, a sign to strike while the iron is still hot.
Iron from your suit protecting you from what's in front, dead ahead.
Behind a hospital gown with zero defense from my calm attack.
Your neck, your back.
Returning for your regularly scheduled ambush.
The is a reminder to no longer look back.
It's simply more of the same.
Less of a shame.
This irresponsiblity leaves another infection.
One hot minute of applause.
Retarded for a common cause.
Fitting for our time.
# posted by Marco DiLeonardo @ 3:45 PM 1 comments "Beyond The Armor"
July 2008
Oh, how your vision slips.
I've crept inside your armor and under your radar.
Your careless radar.
I got passes, hired a beard, and wrecked the figurehead.
How could you let this happen?
So now i've sewn my mouth shut from letting so much out.
Tattooed my neck and temple.
Been pulled apart by my fuckin ears.
Came apart like a cheap suit.
How could you let this happen to me?
# posted by Marco DiLeonardo @ 3:38 PM 1 comments